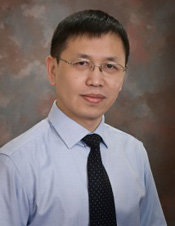 Yin Z. Liu, EAMP earned his Chinese medical degree from Liao Ning Institute of Traditional Chinese Medicine in 1993. He practiced at Tieling General Hospital in China as a physician and an acupuncturist for 8 years. He moved to Toronto, Canada in 2001 and practiced at Optimum Health Clinic as an acupuncturist. He came to United States in 2006 and join Ting Zhang’s Acupuncture and Chinese Medicine Clinic. Now he is practicing acupuncture at his two offices in Puyallup and Kent.